» Another study tour was organized for representatives of agri/eco tourism destinations.

Within the framework of the “AgriVision” project implemented by Eurasia Partnership Foundation with the financial support of the European Union, representatives of selected agri/eco-tourism destinations from the Lankaran-Astara economic region participated in the next study tour in Turkey on September 12-16. The main objective of the tour was to equip the participants with ideas and tested approaches to develop their tourism destinations. For the study tour, agri/eco-tourism enterprises were identified that were as compatible as possible with the conditions and opportunities of the selected tourist destinations from the Lankaran-Astara economic region. In general, the participants learned about the history of the development of agri/ eco-tourism enterprises, observed the provision of tourism services on the spot, and had the opportunity to learn directly from their colleagues.

On the first day of the study tour, the participants visited Kulindagh Daghevi tourist destination located in Beykoz region. During the visit, they first received information about the history and activities of the enterprise. Later, the Azerbaijani participants, who got acquainted with the accommodation conditions in the area, also informed about the concept of eco-tourism and the events that can be organized in such tourist places. It should be recalled that the main purpose of the visit to this tourist destination was to show the participants an example in the direction of the creation and operation of a tourism enterprise in a mountainous area.

On the second day of the study tour, a visit to the Farge Organic Agriculture enterprise located in the Kocaeli region of Izmit was organized. In the first stage of the tour program, the owner of the farm gave the Azerbaijani participants detailed information about his farm, the history and current activities of the farm. Later, the entrepreneur, who together with the guest visited  to the areas designated for cultivation, shared his knowledge about organic agriculture on the spot and showed the products grown on the farm and their production conditions.

The participants made their last visit as part of the study tour to the Zeytinlibogaz Permaculture farm located in the Bilecik region. Here, the participants were also welcomed by the owner of the farm and were introduced to the enterprise’s activity, history and products produced here. Later, information was given about the healing oils produced by the enterprise and the cosmetic/medical solution prepared from it, and the preparation of this solution was carried out together with the participants. At the end, the participants received the products they prepared together as a gift and voluntarily participated in the preparation of the Turkish cuisine for lunch. Farm owners from the Lankaran-Astara economic district, who left the farm with good memories, noted the importance of adding such master classes to the services they offer.

At the end, it should be noted that these study tours are already the second round carried out within the framework of the “AgriVision” project funded by the European Union. The first study tour organized for the representatives of the tourist destinations involved in the project was carried out on July 5-10, 2021 in the Izmir region of Turkey. 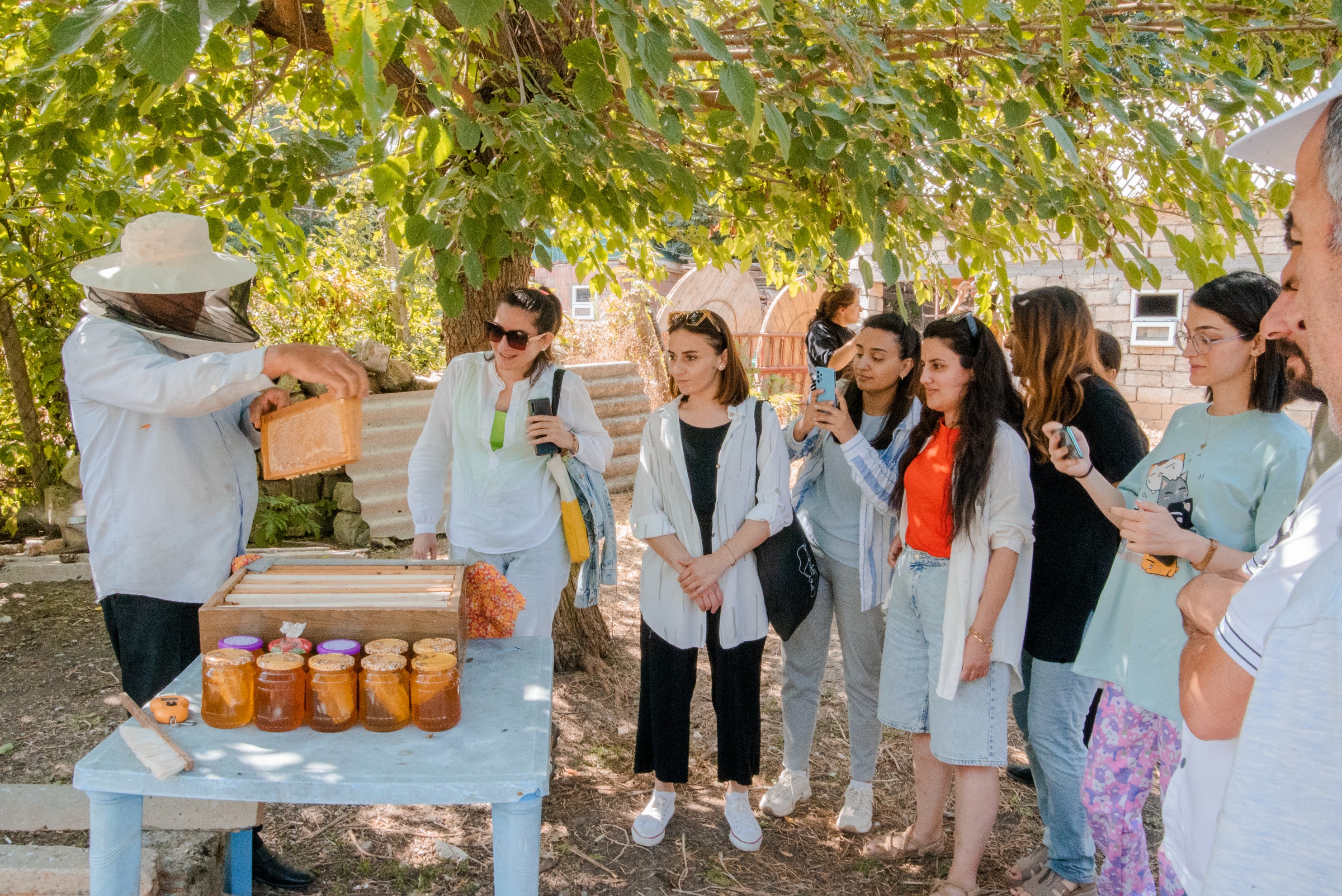 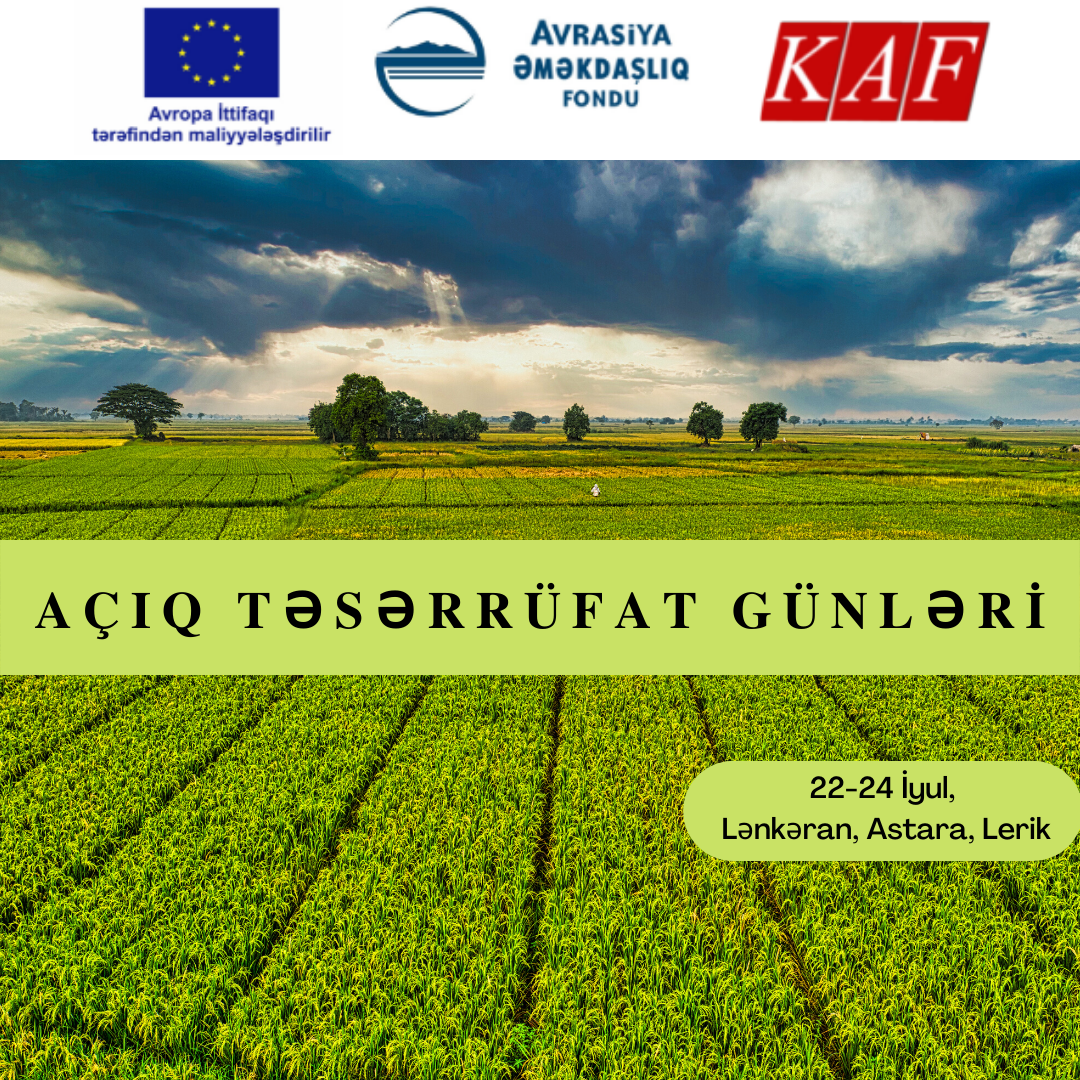 EU project is organizing visits to agri-tourism destinations in the southern region.

Within the framework of the “AgriVision” project funded by the European Union and implemented by Eurasia Partnership Foundation and “Constitution” Research Foundation, “Open Farm Days” – free-of-charge trips will be organized to agri-tourism destinations located in Lankaran, Astara and Lerik regions on July 22, 23 and 24. Transportation, entrance to tourism destinations and tea break […]